According to Yahoo! Shine, Catherine, the Duchess of Cambridge (Catherine Elizabeth “Kate”), wife of Prince William, Duke of Cambridge, a member of British royal family, spends more than $30,000 a year for personal upkeep. Kate is admired by the whole world for her fashion sense and beauty. The Daily Telegraph named her in 2007 as the “Most Promising Newcomer”. People Magazine featured her in 2007 and 2010 in best-dressed list. The Duchess of Cambridge wore pieces from designers such as Sara Burton, Alexander McQueen, Issa, Jenny Packham, Beulah London, Alice Temperley, Erdem, and Catherine Walker. 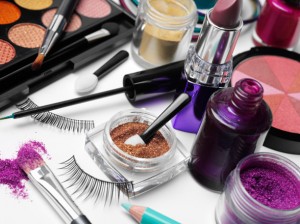 British papers revealed that she has a clothing budget of $54,00 for the first half of 2012. Prince William, Kate’s husband, inherited $15.5 million from her late mother’s estate. He also earns $68,000 as a helicopter pilot in the Royal Air Force. Prince Williams is also receiving support from his father, the Duchy of Cornwall who earned about $29 million a year.

Kate’s annual expense of $54,000 a year seems small compared to the family income and other high profile budgets. Compare this to Sarah Palin’s $150,000 expense by the RNC to dress her during the three month long Presidential Campaign in 2008.

Tip of the Day

Apply bronzer under the cheekbones to make them appear higher.